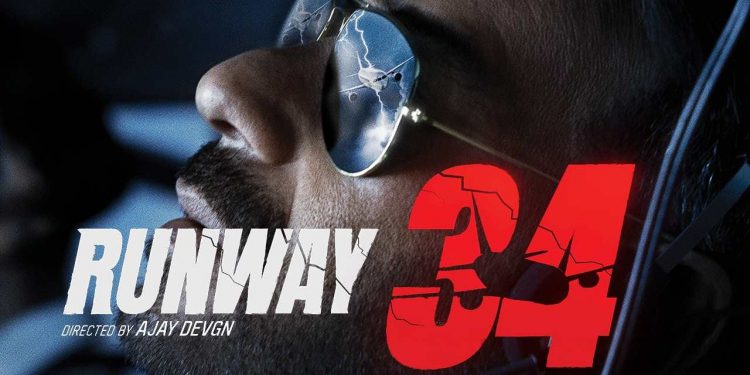 Recently Ajay Devgan completed 30 years in Bollywood. On this occasion, he said that now he is preparing for the next 30 years. After travelling from ‘Phool Aur Kante’ to ‘Bhuj’, Ajay is unstoppable. Ajay has now announced his new film. Sharing its poster on Instagram, Ajay Devgan has also disclosed the name of his next movie.

He has told, that the name of his next film is ‘Runway 34’. It also stars Amitabh Bachchan and Rakul Preet Singh, along with Ajay. Ajay shared the poster of his new movie.

Ajay shared why the name of the film, was changed from ‘Meday’ to Runway 34.

Describing this, Ajay wrote that ‘Meday is now runway 34’. It is a thriller film based on true events. It is special to me for many reasons. Runway 34 will be, released on the occasion of Eid on April 29, 2022. As promised, to the audience.

Let us inform you, Ajay Devgan is also directing this film. Ajay Devgan has previously directed films like ‘U, Me Aur Hum’ and ‘Shivaay’. These films could not make a big hit at the box office, but the audience liked the story.

Earlier, Ajay Devgan’s film ‘Bhuj: The Pride of India’ was released. Sonakshi Sinha and Sanjay Dutt were also with him in this. Despite having a good plot and a great story, the film, was not able to earn very well.