"This step-motherly attitude towards the doctors is completely uncalled for," the doctors stated, seeking direction from the supreme court for the exams to get postponed. 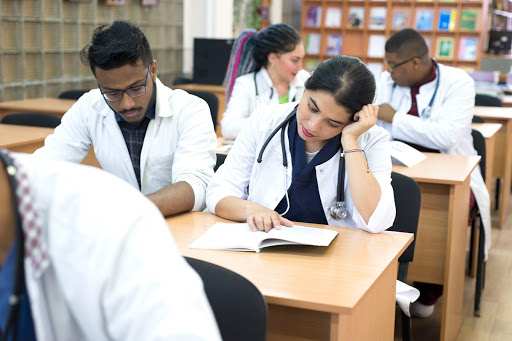 On Friday, the Supreme Court ordered that AIIMS INI-CET exams 2021 be postponed by at least one month. The court has also ordered for the deferment of the INI-CET 2021 exam for admission to postgraduate medical courses in all AIIMS, JIPMER, PGIMER and NIMHANS by at least one month in view of the Covid-19 situation.

The court said that it was of the opinion that June 16 date is arbitrary. “We direct the exam to be postponed by one month, Needless to say, the exam can be held anytime after the expiry of one month,” Justice Indira Banerjee said.

This direction came from the  Supreme Court as the hearing of a number of petitions by doctor associations seeking postponement of the INI CET Examination, 2021  was going on. The examinations were previously scheduled to be conducted by the All India Institute of Medical Science (AIIMS) on the 16th of  June, 2021.

There was a movement last week, made by twenty-six doctors from various states towards the supreme court as they sought a direction for the exams to get postponed. The doctors voiced out that the initial decision to conduct the examination was in utter disregard to the assurance provided by the Prime Minister’s Office (PMO).

They also cited for the NEET-PG examination. This examination has now been postponed to August 31.

The doctors also pointed out that the examination at this critical stage (Covid situation) will be in direct contravention to their fundamental right under Article 14 and 21 of the Constitution.

In their plea in the apex court, the doctor justified his statements by stating that Article 14 of the Constitution of India was set to be violated because there was a violation of the differentiation in terms of postponing one PG examination and not the others.

The doctors argued that the examination was not in public interest in view of the present pandemic condition and the non-availability of doctors, beds in the hospitals. “This step-motherly attitude towards the doctors is completely uncalled for,” the doctors said.

They also cited the cancellation of Class 10 and 12 board examination as a second for their demand and stated: “Standard 10 and 12 examinations have been cancelled which itself show that the government is conscious of the fact that the deadly virus is a threat amongst the younger population.”