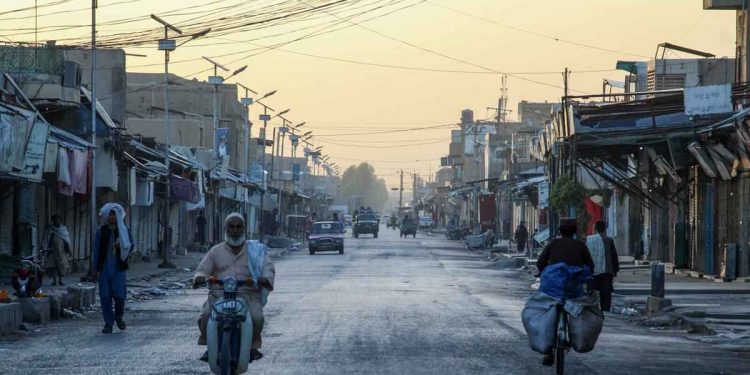 Taliban continue to seize more territory as the reports say that they have captured Sharana, the capital of the Paktika province. This makes the 19th province Taliban has captured recently. Before Sharana, the Taliban took over the city of Pul-e-Alam which is the capital of Logan and has a distance of just 70 km from Kabul.

According to some reports, Afghanistan government forces are currently battling the Taliban some 11 kilometres south of Kabul which is the capital of Afghanistan. Even the city of Mazar-e-Sharif was also under attack from several directions as reported by a spokesman for the provincial governor. The Taliban just released a video announcing that they took control of the main radio station in the city of Kandhar and renamed it the Voice of Sharia, it seems that the station will not be allowed to play music anymore.

Meanwhile, the president of Afghanistan Ashraf Ghani said that his focus is on preventing further instability, violence, and displacement of people. Britain, the US and several other Western nations are also sending troops as there is a strong possibility of an assault on Kabul within few days.

There is a long history of conflicts in Afghanistan but recent events are the results of the US withdrawing its military troops after the peace talks between the US and the Taliban started and an agreement on a withdrawal that came in February 2020.

The US government deployed its military in Afghanistan after the 9/11 attacks on New York and Washington in 2001. Al-Queda (Islamist militant group) and its leader Osama Bin Laden were identified as responsible for the attacks. Laden was in Afghanistan and the Taliban was protecting him. The US had to intervene militarily after the Taliban refused to hand him over. US military quickly removed Taliban from the power and introduced democracy.

Check Out : Drone Seen Over High Commissions In Islamabad

After the withdrawal of US military troops, the Taliban just started to attack Afghan security forces and civilians. Now, the Taliban’s aim is to completely take over Afghanistan and they are capturing the territory rapidly.

Taliban emerged in 1989 during the civil war that followed the withdrawal of Soviet troops and by 1998, they were controlling almost all of the country. They enforced their own set of rules which they call Sharia (Islamic law) and give brutal punishments. They banned music, cinema and TV and men of the country were made to grow beards while women weren’t allowed to get out of the house without a burka. After their overthrow which they deserved, they were settled in Pakistani border areas.

If the Taliban will take control of the whole country, the results will be devastating as thousands of people will be displaced and with their brutal punishments, many will suffer.