Accident: Tamil Nadu MLA lost his son with six others in a car accident.

Seven lost their lives in a car accident in Bengaluru’s Koramangala area. DMK MLA from Hosur constituency Y Prakash lost his son in the accident. 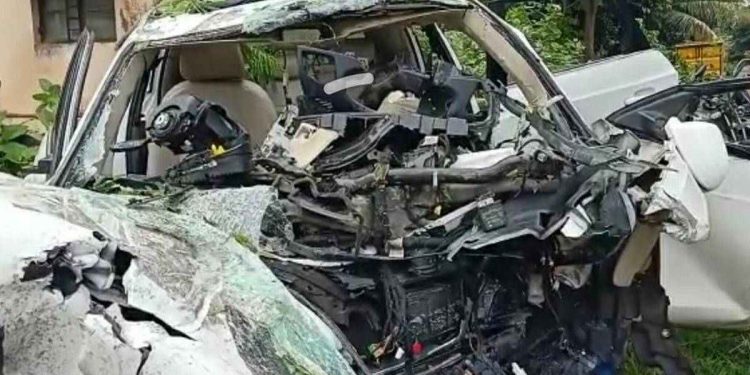 Karuna Sagar, the son of Y Prakash, lost his life with six others in a car accident. The wife of Karuna Sagar also lost her life in the accident. Seven youth were traveling in an Audi Q3, which has the capacity of five seatings. All the group members were in their twenties. The group was returning to Hosur from a trip to Bengaluru at night.

According to the reports, the car was at high speed. Suddenly the driver lost control, and it veered off the road and climbed off the footpath. And then it rammed into a streetlight pole. There were seven people in the car, including three women, and none of them was wearing seatbelts.

According to a police officer, “The incident occurred around 1.30 a.m. The SUV hit the wall with such intensity and speed that it was completely damaged. Though it was meant to seat five persons, there were seven people in the vehicle. The incident was recorded on CCTV cameras in the area”. The police have also lodged an FIR.

Six people died on the spot. Three women and men and the seventh died at the hospital. The News Minutes reported the identities of the victims as Karuna Sagar, his wife Dr. Bindu, Ishita, Dr. Dhanush, Akshay Goyal, Utsav, and Rohith. All of them were between 20-30 years.

The incident was recorded on the CCTV camera. The clip shows the moment when the car smashed the pole at high speed. The car was completely mangled and wrecked.

The car was mangled, and the victims were trapped in it. The rescuers had to apply force to open the doors. Witnesses also informed that they saw smoke coming out of the engine. Fearing it might catch fire, they poured water on it.

Y Prakash, who lost his son and daughter-in-law in the accident, is an MLA from Hosur constituency in Tamil Nadu.

Check Out : Accident in Basti, Uttar Pradesh: 5 died and 1 is in critical condition