Accident on Pune-Mumbai Expressway: 3 died and 6 injured in a road mishap.

Seven vehicles rammed into each other in an accident at 5:30 am in morning at the Pune Mumbai expressway. 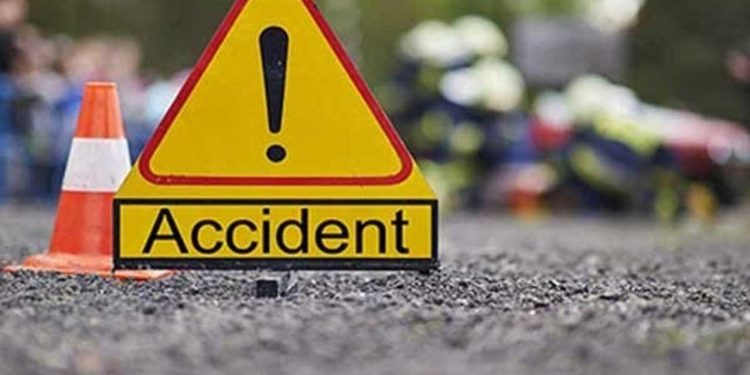 A horrific road accident took place on the Mumbai-Pune Expressway in Maharashtra Yesterday (Monday) morning. Three people were killed, and six were injured in the accident at Bor Ghat near Khopoli. The injured have been admitted to the hospital, their treatment is continuing. The condition of two people is said to be critical.

According to the police, on Monday morning, near Khopoli, on Pune-Mumbai Expressway, three people died, and six were injured in an accident. Police informed that seven vehicles rammed into each other and that caused the accident.

On the lane going from Pune to Mumbai, the tempo carrying the chickens hit the tempo in front. After this, not one or two but six vehicles collided with each other. There were two tempos, two cars, a private bus, and a trailer involved in the accident. A Swift car got completely shattered between the tempo and the trailer carrying the chickens. Two people were trapped in it. Both of them died during the rescue operation. The bodies of both of them were removed from the car and sent to Khopoli Municipal Hospital for further processing.

Check Out : Two Solomon lost for 29 days on an island survived with coconut.

One rider also died in the tempo. Due to this accident, traffic was stopped for some time in the lane towards Mumbai. The rescue operation was carried out with the help of Delta Force, IRB, Angel, Highway Police, Khopoli Police and local people.

The police said that the rescue team immediately rushed to the spot and helped the people. Police also informed that the injured have been shifted to a nearby hospital for treatment. Apart from this, the bodies have been sent for post-mortem. Efforts are on to contact their families. A police officer said that a case has been registered against the truck driver under relevant sections of the Indian Penal Code (IPC) and the Motor Vehicle Act.

Vehicles often have to be victims of road accidents at Khandala Ghat. Sometimes these accidents happen due to dangerous turns, fog and high speed.